Playa Chiquita, the perfect place to soak up the nature of Costa Rica

A privileged location in Limón

The Hotel Shawandha Ecolodge is located just 150 metres from Playa Chiquita beach in Puerto Viejo, in the province of Limón. It's perfect for nature lovers, honeymooners, family holidays... Its privileged location also makes it a great option for birdwatchers, artists, writers and photographers. The stunning Playa Chiquita is a peaceful white sand beach lapped by crystal-clear waters and only accessible via a private walkway. Playa Chiquita is an active member of the Blue Flag Programme, which works towards the sustainable development of Costa Rica's beaches.

Costa Rica and its national parks

By staying at the Hotel Shawandha Ecolodge you'll have the chance to discover much more than the beautiful Playa Chiquita beach. The Cahuita National Park and the Gandoca-Manzanillo National Wildlife Refuge are also located in the province of Limón. These are protected areas that preserve the flora and fauna, coral reefs and marine ecosystems within their boundaries. They are quite simply two of the jewels of Costa Rica, where you can also unwind on white sand beaches lapped by crystal-clear waters and surrounded by coconut trees. A picture-postcard memory if there ever was one. In Cahuita and Gandoca-Manzanillo you'll find various ecosystems that never fail to surprise. As well as its wetlands and mangroves, the coral reef in Cahuita National Park is considered one of the best in the whole of the Caribbean. Marine species that live in the reef include the queen angelfish, the French angelfish, the blue angelfish and the blue parrotfish. Meanwhile, there's a whole host of leisure activities in the surroundings, such as hiking through the densely vegetated tropical forests, unwinding on idyllic beaches, taking part in water sports and diving in the coral area.

Costa Rica is also a privileged country thanks to its cuisine. Its culinary culture features products and ingredients from many parts of the world. Must-try dishes include 'gallo pinto', made from rice, beans, coconut milk and habanero chili pepper; the ever-popular 'casado', rice accompanied by beans, fried plantain, salad, pasta, egg and a serving of meat; 'olla de carne', a traditional stew with meat and a selection of vegetables; rice dishes in general, with their multitude of varieties; 'chifrijo', a mixture of crispy pork with beans, rice, chimichurri, avocado and fried corn tortillas; 'empanadas', similar to pasties; 'enyucados', which are croquettes made from cassava dough; all kinds of pasta creations; and 'tamales', a steamed and cooked dough served inside vegetable leaves.

The Bribri people, the cultural identity of Costa Rica

The Bribri people, settled in the Talamanca mountain range, are one of the most important ethnic groups in the country. One of their most important activities is agriculture, specifically the cultivation of cocoa and corn. Their religion, the birthplace of their culture, is considered one of the oldest in the whole world. In their traditions, the role of women is fundamental. And interestingly, the Bribri language changes from generation to generation in written form.

Shawandha recommendsOther interesting links and recommendations based on website navigations 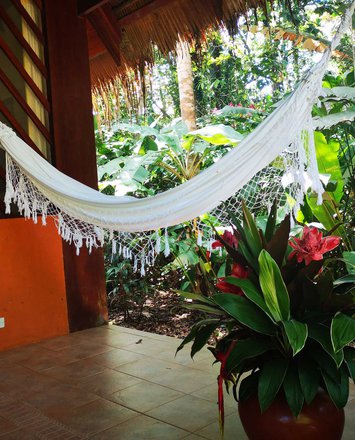 Enjoy the Caribbean with our tours and experiences 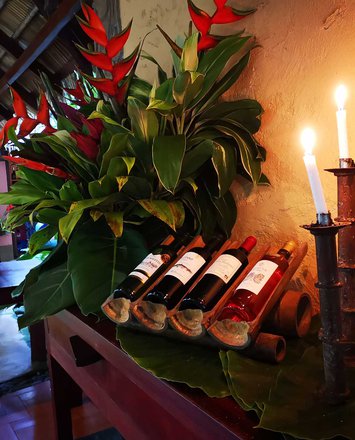 Snap up the best deals at our hotel in Puerto Viejo, Limón, Costa Rica

"The lodge was amazing and saw lots of animals in the grounds. We saw sloths most days and were woken every morning by the howler monkeys, amazing. The breakfast was tea/coffee juice, fresh fruit, toast and eggs, The lodge is near the jaguar rescue centre, the Aru macaw centre lots of beaches, Please be careful of the Tuk Tuk driver 666150 we agreed a price for 3 stop trip we went of it many times he did 2 but wanted extra money for the last stop, the only disappointing part of this amazing holiday."

Very tropical in its atmosphere

"A really lovely traditional hotel. All the accommodation is in individual thatched cottages which are dotted the dense tropical foliage. Although the climate is hot, the rooms are adequately cooled by central ceiling fans, both quiet and very effective. Not something to put you of. There is a very nice bar, open to the attractive tropical planting. The cocktails are tops and the restaurant food very good indeed. A very lazy feel to the whole place. The staff are all excellent and ready to converse with their visitors. An early start on our final day resulted in the kitchen manager laying out some fruit and drink for us to start the day. Much appreciated."